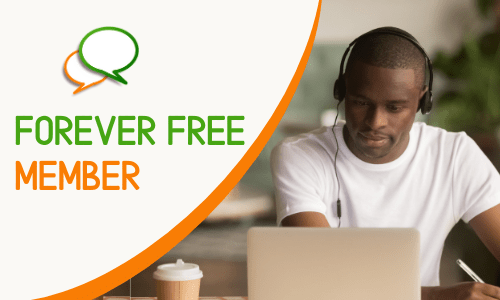 Train your ears to understand real English and improve your listening skills! Get access to 60 minutes of audio now by creating a Free Member account.

The economy is never too far from the minds of people. Whether it be it in the form of paying taxes or job security.  It is a key concern and one that is especially true in the present time. The USA is nearing the finishing line of a brutal Presidential election, and in the UK there are drastic implications for a public vote that unexpectedly went for Brexit.

Despite these economic concerns, we should focus on a brighter tomorrow and consider the meaning behind some of the strange and wonderful financial idioms that can be found.

Financial Idiom #1: Paying Through the Nose

Definition: To pay a high price, or pay dearly for something.

Origin: From Ireland or Denmark, way back in the 800’s.

The origins of “Paying through the nose” for something have much darker roots than most other financial terms.

When the Danish Vikings conquered the Irish in the 800’s, they imposed outrageous taxes on the residents. The punishment for not paying the newly imposed levies? Having your nose actually slit, from tip to eyebrow – hence giving us the modern paying through the nose.

Example: “I’d really like to make you an offer, but I’m not going to pay through the nose for it”.

Definition: Someone who works and earns money for their family; typically the sole or primary earner.

Despite some definitions suggesting that in the early 1820’s, workers were often paid in bread rather than in currency, this is one of the easier financial idioms to guess where it originated.

Example: “In this household, our mom is the sole breadwinner”.

Definition: An educated guess at a figure; a rough but considered estimate.

Despite all the logical explanations related to the actual sport of Baseball, the origins of the term a “ballpark figure” actually began with the U.S. Military and NASA.

A “Ballpark Figure” refers to landing tests or missile tests. Trying to identify or predict a single point no was hard to estimate. Instead, determining a territory was more appropriate kind of like a baseball field.

A “ballpark figure” would be given instead, which quickly evolved to become a term used in business too (as early as the 1960s).

Example: “I know my car needs a few repairs, but can you give me a ballpark figure for how much it will cost?”

Definition: An Opinion, or Piece of Advice, that is often unwelcome or in excess.

The origin of giving your “Two Cents’ Worth” are assumed to be the same as the British counterpart, giving your “Tuppence Worth”/Two pennies’ Worth”)

Alternately, giving your “two cents worth” could come from betting in games such as poker, where you have to pay before beginning play. The British equivalent of this expression is ‘two pennies’ worth”.

Example: “You might not like it, but I think this is a really bad idea, that’s my two cents worth”.

Definition: To use all of your money; to spend everything.

“Break the bank” has nothing to do with bank robberies or hacking online accounts.

The origins of “break the bank” are actually related to gambling and the unlikely occurrence that a gambler wins more money than a casino or establishment has available in the building.

Example: “I know you really want to buy that house, but you need to consider if it’s worth breaking the bank for”.

If you found this article about financial idioms interesting, please share it! Leave a comment below with your favorite expression or perhaps one that is not on the list here.

This site uses Akismet to reduce spam. Learn how your comment data is processed.